Basically no. In all states there are landlord tenant laws that dictate the length of time required for giving notice even if there is no obvious reason for doing so, from your point of view. However, if you fail to pay rent on time, your landlord can give you a 3 day notice to pay or vacate. In the few times that I have been forced to give a tenant that notice, I also gave them a 30 day notice and on the 3rd day of non payment, and eviction notice.

That being said, you do not mention how you know your landlord wants to evict you. I assume you were told verbally. Notice needs to be made in writing. It can be posted on your door and mailed to your current address of record. It can also be served by a process server.

If you have no notice but your landlord told you to move out, I suggest that you contact that person to discuss the problem and try to resolve it. You can also hire a lawyer but it will be quite expensive and you will probably not recover any of those costs.   If you are given notice and it is not resolved, make arrangements and move out as per the notice.

Source: This article was published with permission from LegalTemplates

Eviction notices can be daunting for all involved- both for Landlords and Tenants. While most issues are encouraged to be cured via problem-solving and clear communication, occasionally an eviction notice will be served.

Both sides should know that they could ultimately end up in front of a judge. Eviction processes are highly regulated since the law protects both sides and the court makes the final decision. Instead of allowing people to take the law into their own hands, the eviction process ensures both the Tenant and Landlord are given fair treatment.

Luckily, this process is quick when compared to other legal cases, as it is considered a “summary” court procedure. This means timelines for arguments are shortened to speed up the resolution or court decision. Instead of waiting months to hear the case, the Landlord and Tenant can appear before a local court soon after the Landlord files a complaint.

To help visualize the eviction process, Legal Templates created an info-graphic to detail how this works and what to expect: 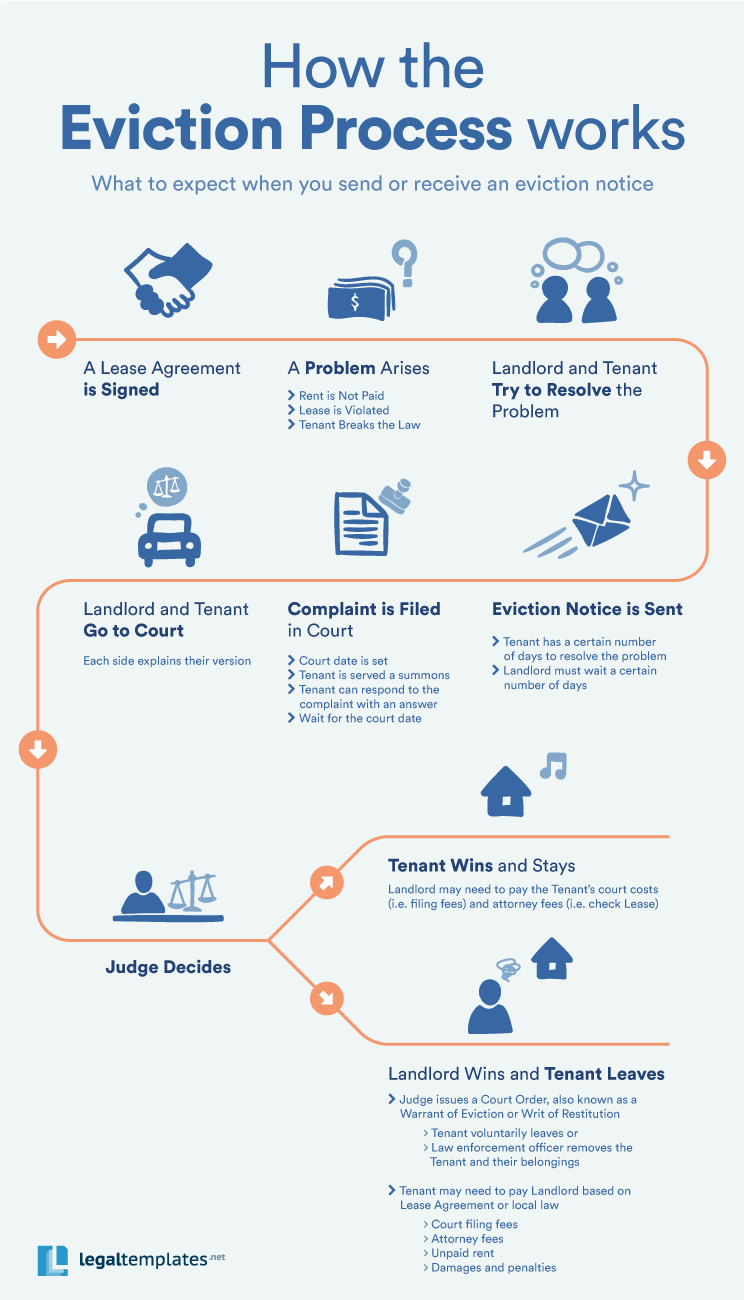